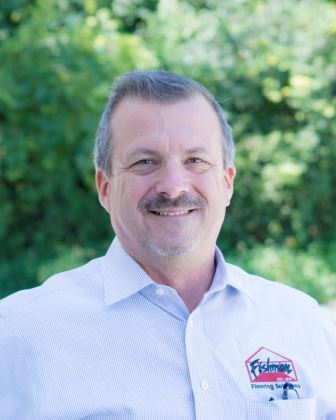 Fishman Flooring Solutions has named Bill Mabeus to the newly created position of executive vice president, effective immediately. Mabeus, who first joined Fishman in 1982, was previously vice president of sales for the company. He is a member of the company’s board of directors.

“The creation of this new position and the promotion of Bill Mabeus to fill the role underscore two very important points about our company,” said Bob Wagner, president and CEO of Fishman. “First, Fishman has grown significantly since it became 100 percent employee owned in May of 2012 and a new structure is now required to efficiently and effectively manage our expanding business. Second, Bill’s promotion reflects the pivotal role he has played, and will continue to play, in the growth and success of our firm.”

In his new position, Mabeus will manage Fishman’s six operating regions, and be more active in strategic planning and employee development and training. He will continue overseeing the company’s sales force, selecting new vendor partners and integrating products into the company’s existing product line.

Mabeus graduated from the University of Wisconsin in 1982 with a Bachelor of Arts degree in accounting. He then joined Fishman as a salesman and has held a number of increasingly responsible positions in the organization since then, including opening and developing the company’s southern regions. Bill and his wife, Dana, reside in Wake Forest, North Carolina.