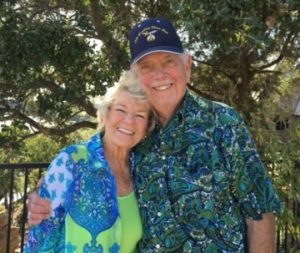 James “Jim” Lee, founder of Professional Flooring Supply (PFS), passed away at his home in Granbury, Texas on December 9, 2016 at the age of 84.

Jim opened PFS, a company dedicated to providing the floor covering professional with the highest quality installation tools and materials in March 1977. He spent his entire working life in the floor covering industry beginning in distribution at William Volker and Company (1950s). He opened and later sold a retail carpet store in Dallas before moving on to sales and management positions in several flooring related manufacturers, including WF Taylor, Silvers Industries and Roberts Consolidated Industries.

Under his leadership, Jim grew PFS from a single store in Fort Worth, Texas in 1977 into the state’s leading flooring installation product distributor. The company has grown to have 15 branches covering Arkansas, Colorado, Idaho, Louisiana, Oklahoma, Texas and Utah. Today, the second and third generations of the Lee family manage the business.

Further, Jim served on the Board of Directors of the National Association of Floorcovering Distributors (NAFCD) and then association President in 1989-1990. After retiring from PFS, he returned to the industry and helped organize and develop the Floor Installation Association of North America (FIANA) as President and Director for 10 years. He also served his church in several volunteer capacities, as well as being a Master Mason and Shriner.

He is survived by his wife Fran, his two sons Mark and Dan, two daughters Lisalee and Hallie, 11 grandchildren and 10 great-grandchildren. His drive, integrity and persistence were paramount to the growth and success of the company he nurtured. He loved people and developed strong relationships with his customers, his employees, colleagues and manufacturers. Jim had a natural gift to make you feel welcome, appreciated, and at home when you were with him.