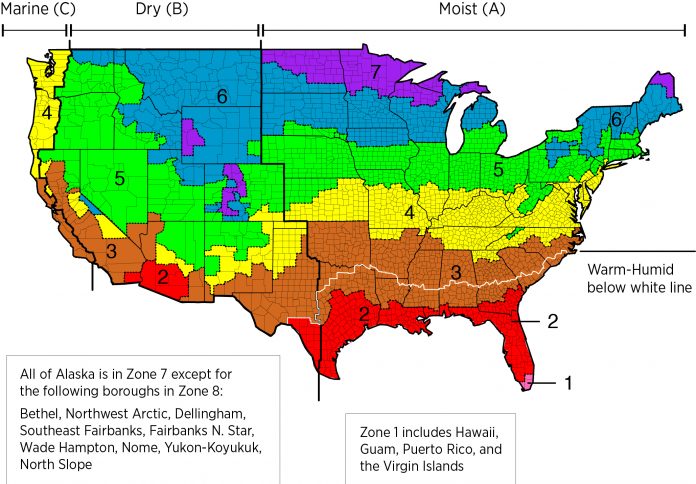 Wood floors can be installed successfully in every region; however, all wood floors cannot be installed in the same manner in all climate zones. This is because average outdoor temperature and humidity varies among regions. This regional variability of the exterior climate will affect indoor conditions.

Temperature and moisture (vapor) move from warmer spaces to cooler spaces. This is known as vapor drive. Building interiors are affected by two distinct seasons: heating and cooling. 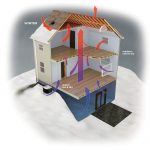 In the Winter during the interior heating season, and in cold, dry climates, vapor drive is predominately outward. Heating systems raise the temperature of the interior air. Heating the air will increase its ability to hold moisture; therefore, the interior relative humidity decreases.

In the Summer during the interior cooling season, and in hot/humid climates, vapor drive is predominately inward. Cooling systems lower the temperature of the interior air. Cooling the air decreases its ability to hold moisture and the interior relative humidity naturally increases. Fortunately, air conditioning cools the air by removing moisture through condensation. 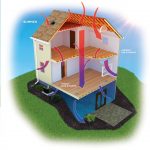 In North America, for example, there are numerous regions with varying average moisture contents. Because of this, humidification and/or dehumidification systems may be necessary prior to, during, and after installation to maintain an environment appropriate for the wood flooring specified. [image: Moisture map of North America]

Actual moisture content conditions in any location may differ significantly from these numbers. Having a general understanding of the climate zone the wood floors are being installed in, and working with the builder and property owner to determine what is necessary for the interior finishes to perform as they are intended, will ensure a successful installation. 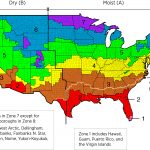 Each region also has average moisture content ranges. These are the ranges that are recommended for interior use of wood products from one region to another, and from one season to another within a region. Actual moisture content conditions in any location may differ significantly from these numbers.

These climate regions are based on the climate designations used by the International Energy Conservation Code (IECC) and the American Society of Heating, Refrigerating and Air-Conditioning Engineers (ASHRAE). The map was developed to provide a simplified, consistent approach to defining climate for implementation of various codes. 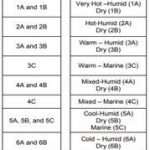 Each of the eight climate regions is identified based on heating degree days, average temperatures, and precipitation.

A hot-humid climate is defined as a region that receives more than 20 inches of annual precipitation, and where one or both of the following occur:

The hot-humid climate is represented in zones 1A, 2A, and the lower half of 3A.

A mixed-humid climate is defined as a region that receives more than 20 inches of annual precipitation, has approximately 5,400 or fewer heating degree days, on a 65°F basis, and where the average monthly outdoor temperature drops below 45°F during the winter months. The mixed-humid climate is represented in the middle band of the eastern United States, shown in zone 4A and the upper half of 3A.

A hot-dry climate generally is defined as a region that receives less than 20 inches of annual precipitation and where the monthly average outdoor temperature remains above 45°F throughout the year. The hot-humid climate is represented in southern Arizona and south-eastern California in zone 2B.

A mixed-dry climate is defined as a region that receives less than 20 inches of annual precipitation, has approximately 5,400 or fewer heating degree days, on a 65°F basis, and where the average monthly outdoor temperature drops below 45°F during the winter months. The mixed-dry climate is represented in northern Texas, southeastern Colorado, parts of New Mexico, Arizona, southern Utah, the southern tip of Nevada, and much of California in zones 3B and 4B.

A marine climate generally is defined as a region that meets all of the following criteria:

The marine climate is represented along the coastline on the entire west coast of the United States, in zones 3C and 4C. 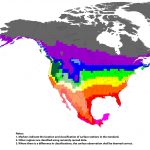 The North American Climate Zones map shows the eight temperature-oriented climate zones in the continental United States, as defined by the U.S. Department of Energy. The zones are based on a data analysis of the 4,775 U.S. weather sites utilized by the National Oceanic and Atmospheric Administration. These zones are further divided into three moisture regions designated A, B, and C. Thus, the map allows for up to 24 potential climate designations. 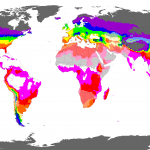 The World Climate Zones map shows the same temperature-oriented climate zones for all areas of the world. An awareness of these climate zone listings will help you determine best practices for selection of moisture control systems, installation methods, HVAC requirements, and long-term maintenance of the wood floor being put to use.

All of this information, as well as specific climate zones listed by country, province, state, city, and county is included in the NWFA’s Technical Publication No. C300, Regional Climate Variations. The publication also includes climate zones for every state within the United States, with specific zones identified by city or county. [sample image: Climate Zones – Colorado] The Regional Climate Variations publication is available for free to NWFA members. More information is available at nwfa.org/technical-guidelines.