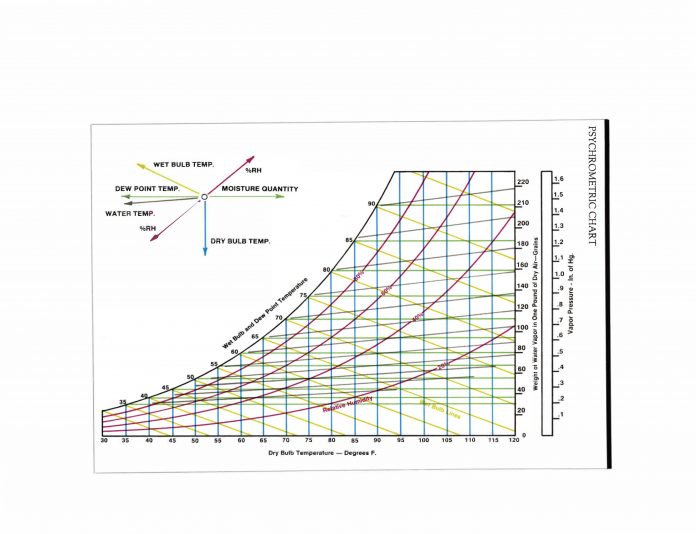 By David Seland, Principal and Founder of ISE Logik

Much has been written about the Calcium Chloride Moisture Test (ASTM F1869) for concrete. Although this test has in the past few years taken a backseat to the in-situ RH test (ASTM F2170), it is still in common use. Some moisture test companies incorporate the ASTM F1869 test as part of their multi-test method option for moisture testing; and many floor covering, adhesive and floor leveling materials manufacturers still refer to it within their tech data sheets and floor preparation instructions.

As a guilty party to conducting a large quantity of Calcium Chloride Moisture Tests as a floor covering contractor and floorcovering inspector, I often thought about the quantitative accuracy of water coming out of the concrete according to the test results.

The Calcium Chloride Moisture Test dates to the 1940s and was subsequently promoted by the Rubber Manufacturers Association and commonly referred to in that era as either the RMA test or Calcium Chloride Moisture Test. Over the next few decades, the test gained in popularity and became widely accepted within the floor covering industry, resulting in ASTM F1869 first published in 1998.

The test uses a dish of anhydrous calcium chloride (CaCl2) and the weight gain that the CaCl2 takes on during a specific time between 60-72 hours is plugged into a formula with the result, of the quantity of moisture in lbs. emitting from 1,000 square feet of concrete over a 24-hour period. This is commonly referred to as MVER (Moisture Vapor Emission Rate). According to ASTM F1869, the scope of the test is defined as: “the quantitative determination of the rate of moisture vapor emitted from below-grade, on-grade, and above-grade (suspended) bare concrete floors.”

But how much moisture is in that concrete to begin with? Let’s take a common concrete mix design for floor slab (ex. a six-sack mix at .50 w/cm.) A sack of cement is 94 lbs., so a six-sack mix is 564 total lbs. of cementitious material, and often referred to as a 564 mix.

The w/cm is the weight of the water divided by the weight of the total of cementitious material (cement and pozzolans such as fly ash, slag and silica fume). So, this mix at a .50 w/cm would have 282 lbs. of water. Concrete mixes are based on one cubic yard (typically a ready-mix concrete truck can carry up to 10 cubic yards of concrete).

First, let’s look at the scientific integrity of the Calcium Chloride Moisture Test. Because the anhydrous salt is hydroscopic and deliquescent, it is used as a desiccant in many cases. The amount of moisture in the air within the dome at the start of the CaCl2 test has a significant and direct effect on the weight gain amount during the test since it is a desiccant.

The importance of above-slab conditions is nominally acknowledged by ASTM F1869 in Section 6.1. It requires the test to be run within an air temperature range of 65-85 degrees Fahrenheit and relative humidity (RH) range of 40% to 60%. Extrapolation from the psychrometric chart at the start of this article indicates that test results will vary, plus or minus 30% within those ranges; third-party studies have concluded as much, also. Test results will increase when there is an increase in either parameter, or decrease when there is a decrease in either parameter.

An even greater influence on the test results is the significant impact that the temperature of the slab/soil interface has at the bottom of the concrete slab. As with the environmental conditions on top of the concrete, when the below-slab temperature increases, so do the results of the test. For example, when CaCl2 tests are performed in the same location with the same ambient conditions, and are conducted in the hot summer, the results are greater than when performed in the cool winter.

A thorough study of this phenomenon was conducted by Bondy and Hichborn* and concluded that the test results equated to a gradient of 0.53 pounds/per degree of below-slab temperature change. The study concludes, “It is our opinion that the gradient, or relationship between temperature and MVER results, is reasonably applicable to all tests run with similar above-slab conditions and with kits from the same manufacturer. Thus every 10-degree Fahrenheit increase in below-slab temperature results in an increase in dome test result of about 5 lbs., all other conditions being equal.” Conclusion: 5 lbs. at 60 degrees Fahrenheit is 10 lbs. at 70 degrees Fahrenheit.

Additional factors—such as the porosity of the concrete, efficacy of the seal around the dome, and moisture migration into the concrete from other sources—all may have an impact on the test results and are often not considered. The large inherent variability in the test itself, and the variability in test results as a function of ambient environmental conditions, renders the test in its current method completely invalid and basically meaningless. For it to be of any real significant value, the values for ambient concrete, soil temperatures and relative humidity would need to be at an exact value or applied within a scale that considers these significant variables. Anything less, and the test result data is irrelevant for measuring MVER from a concrete slab.

Given that the Calcium Chloride Moisture Test is unreliable at best, with a 5 lb. swing for every 10 degrees Fahrenheit in below-slab temperature, my advice is not to rely on this as a predictor of concrete moisture. You should rely instead on products that will mitigate the moisture vapor from the concrete, or products that can be installed successfully in a high-moisture environment.

Contractor Issues: How to Prepare for a Legal Action

How to Take Care of Your Onsite Tools