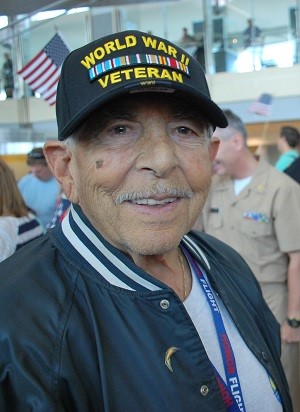 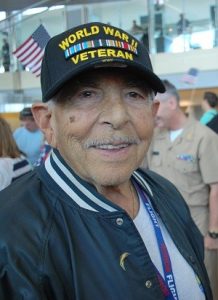 Industry Leader and Tile & Stone Distributor
November 21,1926 – July 14,2020
One of the founders of the Ceramic Tile Distributors Association, Vincent N. Pompo passed in his sleep on July 14, 2020. He was 93 years old. Born in Los Angeles, CA to Italian immigrant parents from Naples and Pescara Italy, he grew up in a tough neighborhood and persevered to becoming a successful businessman. He was the third CTDA president and was later inducted into the CTDA Hall of Fame in 1991.
Vince began his tile business career unloading box cars at Gladding McBean, the manufacturer of Franciscan Tile and Dinnerware. He started in the warehouse and moved into sales and later became sales manager.
In 1975, he started Southwestern Tile & Marble Company in San Diego, CA that became one of the largest and most successful importers and distributors in the industry. Vince was a proud Catholic, and a World War II Navy veteran assigned to the USS Plunkett DD431 Destroyer during his tour in protecting our troops.
Vince was a big hunter. He would go to Steamboat Springs, CO to hunt Elk every year with his buddy and fellow distributor Dick Sokol. He hunted in Alaska a number of times where he got caribou, bear, and other game. He was also a big fisherman fishing for salmon, tuna, and marlin. Always a big supporter of the tile industry, he stayed very involved in growing the industry in many ways. He will be missed, but he will be remembered for his accomplishments and his devotion to his family.
Vince is survived by son, Donato and wife Tricia and their two sons; daughter, Lesah Mutscheller and her two children and two grandchildren; and daughter, Linda Perrenoud and her four children and her 10 grandchildren. Due to the Coronavirus pandemic, a memorial will be held at a future date to celebrate his life