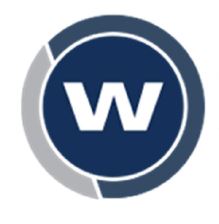 As advised earlier, Congress was debating changes to the Paycheck Protection Program (PPP). Congress has now passed the PPP Flexibility Act and it has been sent to the President for his signature. The PPP was originally created by the Coronavirus Aid, Relief, and Economic Security Act (“CARES”) to create a loan for small businesses that was 100% forgivable. To be forgiven, the PPP loan had to be used on payroll costs and other covered costs that included utilities, rent, and interest on business mortgages and debt. The Small Business Administration (“SBA”), which oversees the PPP loans, issued a series of interpretations and rules that limited the amount of the loan that could be forgiven.

The PPP Flexibility Act makes several important changes to the Paycheck Protection Program (“PPP”) loans, including some that overrule SBA’s interpretation. Lobbyit, the firm that represents WFCA on Capitol Hill, has lobbied on behalf of WFCA’s members to provide needed changes and flexibility in the PPP.

The primary changes to the PPP are explained below:

1. Covered Period for Forgiving Loan: Under the original program, PPP loans could be entirely forgiven if the loan proceeds were spent on payroll and covered cost over the 8 weeks following the disbursement of the loan. The PPP Flexibility Act changes the original 8-week forgiveness period to 24 weeks. This allows businesses more time and flexibility to use their loan proceeds to consistent with the requirements for 100% forgiveness.

3. Loan Term: The CARES Act provided that any amount of a PPP loan not forgiven would be a loan for no more than 10 years. SBA determined that the term of the loan was to be 2 years. The PPP Flexibility Act changed the term to be at least 5 years, and allows the parties to negotiate longer terms.

4. Number of Employees: Under the original PPP, the amount of the loan forgiven would be reduced if the business failed to bring back the average number of full-time employee equivalents (FTEs). In calculating any reduction, the average number of FTEs paid during the loan forgiveness period was compared to the average FTEs paid between February 15, 2019 and June 30, 2019 or January 1, 2020 and February 29, 2020. The employer gets to choose the comparison period. The borrower could qualify for the full amount for forgiveness if it restores its FTE by June 30, 2020 to its February 15, 2020 levels. Congress recognized that some employees were not returning to work, so the PPP Flexibility Act has eased that requirement in two ways.

First, the borrower is now given until December 31, 2020 to restore its FTE count or wages to its February 15, 2020. Second, recognizing that some businesses will not be able to reach that level, the PPP Flexibility Act allows the PPP loan to be forgiven if the business: (1) could not rehire the prior employees or hire new similarly skilled employees to fill the positions by December 31, 2020; or (2) could not return to the same level of business activity as before February 15, 2020, due to compliance with requirements related to sanitation, social distancing, or any other worker or customer safety requirement related to COVID-19 and established through rulemaking or guidance by the Secretary of Health and Human Services, the Director of the Centers for Disease Control and Prevention, or the Occupational Safety and Health Administration. The business will need to document that it could not rehire the same number of employees to qualify under these exemptions.

5. Employee Wage/Salary Safe Harbors: Under the original PPP, the amount of the loan forgiven would be reduced if any employee’s wages/salary were reduced by more than 25%. The borrower could qualify for the full amount for forgiveness if it restores its wages to its February 15, 2020, levels before June 30, 2020. Under the PPP Flexibility Act, the borrower now has until December 31, 2020 to fully restore wages to their February 15, 2020 levels to avoid any reduction in forgiveness.

6. The Period of Deferred Payment is Modified: Under the CARES Act, a deferral period of not less than six months and not more than one year was allowed for loan payments of principal and interest. The SBA implemented a six-month period. The PPP Flexibility Act modifies this period so that deferral now runs until the date that the lender receives the forgiveness amount from the SBA. Because the 8-week covered period is also extended to 24 weeks, borrowers now have greater flexibility on deferring payment of any portion of the loan not forgiven. This extension, however, comes with a new deadline for forgiveness applications. A loan recipient must apply for forgiveness within ten months after the last day of the covered period, or payments of “principal, interest and fees” on such covered loan begins.

7. Tax Deferment: The bill allows businesses that took a PPP loan to also delay payment of their payroll taxes, which was prohibited under the CARES Act. Thus, PPP borrowers will now be able to take full advantage of the payroll tax deferral provided for in the CARES Act without being required to stop deferring the payment of those taxes if and when their PPP loan is forgiven.

The PPP Flexibility Act leaves a number of issues open, such as whether loans will be available after June 30, 2020, and allocation of payroll cost during the 24-week coverage period. WFCA is working with legal counsel and Lobbyit to obtain further clarification and will provide further updates to members on the specificities of the above PPP changes, including updates regarding rules, allowances, and forgiveness. In the meantime, please feel free to send your concerns or questions directly to jeffw@jkingesq.com and mperkins@lobbyit.com.

Notice: The information contained in this update is abridged from legislation, court decisions, and administrative rulings, and should not be construed as legal advice or opinion, and is not a substitute for the advice of counsel.